Scottish Golf has issued a COVID-19 update in response to the statement given by the First Minister of Scotland at the COVID-19 briefing on Tuesday. 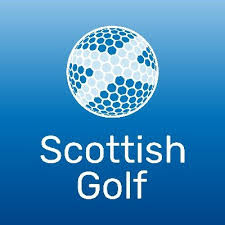 "Following ongoing consultation with our partners at sportscotland and the Scottish Government, we are now able to provide all affiliated clubs with additional detail to support the transition to a revised levels approach for the easing of lockdown restrictions."

"Today we can confirm that from 2nd April, advice to stay at home will be replaced by guidance to “stay local”, and from the 5th April, we will move into a revised Level 4 with updated guidance available to all affiliated clubs here."

"Clubs should note that these changes do not impact the current guidance on group numbers which are:"

"It is important to note that all other dates set out in our updated guidance grid remain indicative at this stage and are subject to final confirmation from Government closer to the time. However, we feel it is essential to give all golf clubs as much advanced notice of proposed changes at each level to allow clubs to make operational decisions and changes ahead of time."

"In recent weeks we have received queries about some traditions of our game, such as removing the pin. The current public health guidance remains the same - these should be left in during play. We expect some of the measures introduced at the start of the pandemic to be with us for some time yet, and we will continue to keep clubs updated on these elements. For now, we would encourage all clubs and golfers to play their part in adhering to the latest guidelines so that everyone can continue to benefit from playing golf in an environment that is as risk-free as possible."

"We thank all clubs and golfers for their continued support during these challenging times. By continuing to adhere to the guidance in place, we are making progress out of lockdown, and these gradual steps back to something much closer to normal, are down to the collective effort of our whole community."

The organisers of this year's P&K Ladies’ Scratch League has issued an invite to all P&K clubs. Please read below. 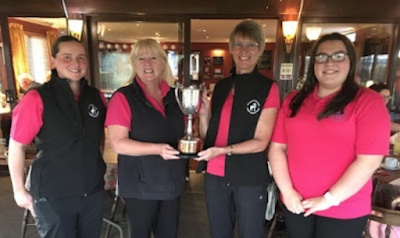 "One by one, the clubs who have played in our P&K scratch league have found it more and more difficult to field teams of five players. As a result, there are so few teams now that we feel it's time to change if we are to keep it going."

"We know there are lots of ladies across the county who love the friendly rivalry and format of the scratch league, but are struggling to get enough players in their club to make-up a full team."

"So, for this season at least, we have decided to reduce the number of players in a team from five to three."

"The ties will continue to be played in the same format, with the option of playing on Sunday afternoons as well as Monday evenings. Other details, such catering, if any this year, will be agreed by the participating clubs in due course."

"An email has gone out to the clubs who have played in Scratch League. But, there may be other clubs in Perth & Kinross who would like to take part for the first time. If so, we would love to hear from you."

"So far, Muckhart, Pitlochry, Crieff and (probably) Blairgowrie have agreed to play in 2021."

"There is still time to for other clubs to join in, so if you are interested please contact Kay Knight by Monday 12 April at: knightphysio@hotmail.com

"We look forward to hearing from you."

Further to the COVID-19 update issued on Wednesday, Scottish Golf has published a copy of its updated COVID-19 Local Protection Levels Guidance.

"Following our latest COVID-19 update, we have worked with our partners at sportscotland and the Scottish Government to gain final approval on our updated guidance."

"We have now achieved sign-off on our updated guidance which is available here."

"Clubs should note that from Friday 12 March:"
"For groups over the age of 12, coaching should not exceed group sizes of 15."

"For groups under the age of 12, coaching should not exceed group sizes of 30. Since our last update, we have received several queries relating to the new group numbers and limits. We wish to provide clubs with further clarity on this."

"Within the latest guidance, golf continues to be considered a form of informal exercise, where participants are permitted to travel up to five miles from their local authority boundary to take part. However, where this is the case, household limits of 4 people from 2 households apply."

"Scottish Golf does not set the rules or parameters for these distinctions. However, we will continue to provide feedback on their practicalities for our member clubs. In comparison with most other sports across Scotland, we are in a unique and fortunate position to benefit from being identified as both organised sport and informal exercise at this time."

"We remind all clubs and golfers in Scotland that we remain in a privileged position, with courses across the country remaining open for play. Being able to benefit from playing golf should not be taken for granted, and we kindly ask that all clubs and golfers adhere to the latest guidance to ensure we can continue to make positive progress out of lockdown."

"Keep up to date on our latest COVID-19 updates here."

"Thank you for your continued co-operation and understanding."

Scottish Golf has issued a COVID-19 update in response to the COVID-19 statement given by the First Minister of Scotland in Parliament on Tuesday.

"Following the First Minister’s latest update on COVID-19 restrictions, Scottish Golf welcomes the news that we are continuing to progress through the road map out of lockdown."

"Within an hour of the First Minister’s update, Scottish Golf submitted updated guidance to our partners at sportscotland and the Scottish Government. As has been the case throughout the pandemic, this final check can take some time as further details are considered and legislation published."

"These checks remain ongoing and must be complete before we can share a full updated version of our guidance to affiliated golf clubs for implementation across the country. However, we do appreciate that clubs require time to make operational changes ahead of any changes coming into place so we have provided this update until such time as we are given the green light to publish a full updated guidance grid."

"Yesterday’s announcement to allow organised sport will allow four-ball play with no restrictions on the number of households; however, this is only applicable to members who live within the golf club’s local authority area."

"Where golfers are required to travel up to five miles across a local authority boundary, players will be required to adhere to informal exercise guidance which is subject to household limits of 4 players from 2 households."

"We anticipate further guidance from our partners at sportscotland and the Scottish Government relating to children and young people. We will communicate these updates to all clubs as soon as possible."

"We also look forward to a more substantive update from the First Minister next week relating to the return to a protection levels approach. That update is likely to include more details for clubhouses, retail and travel and will again be subject to the same sign-off process as outlined above."

"In the meantime, it is important to remind all golfers that they must remain close to home, travelling only for essential purposes in line with the current travel legislation."

"Keep up to date on all the latest COVID-19 updates on our dedicated webpage here."

Scottish Golf has issued an National Championship update in response to the COVID-19 statement given by the First Minister on Tuesday 23 February.

"Following the latest update from the First Minister on Tuesday 23 February, and further discussions with our partners at sportscotland and the Scottish Government, it is with regret that Scottish Golf has taken the decision to cancel the hosting of our first three National Championships:"

"To avoid creating additional pressure on tee-sheets at our host venues, and to give club members as much access to their course as possible, we will not be rescheduling these events."

"We will be in touch with everyone who has entered to issue a full refund in due course."

"We will continue to work with both sportscotland and the Scottish Government to regularly review all upcoming events alongside Scotland’s strategic framework for the planned easing of restrictions."

"Decisions about all upcoming events will follow the framework previously outlined on 2nd February:"

"To keep up to date on the latest COVID-19 developments, please visit our dedicated webpage."

"We thank you for your continued understanding at this time."