Kirsten Rudgeley shot a closing six-under-par 66 to storm through the field and win the Helen Holm Scottish Women’s Open title at Troon today. 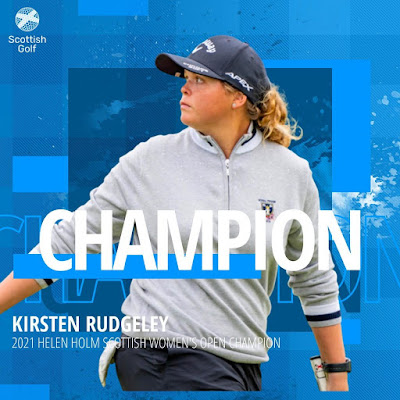 A final birdie on the 18th saw the Australian complete a bogey-free, six-under-par 66 and finish with a twelve-under-par total of 204, which was enough to claim a one shot victory over both Scotland's Hannah Darling and the 2019 Women’s Amateur champion, England's Emily Toy.

It is 19 years since a Scot, Heather Stirling, lifted the Helen Holm trophy.