The 2020 World Amateur Team Championships have been cancelled due to the Covid-19 Pandemic. 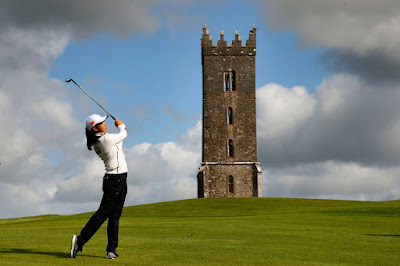 This year's World Amateur Team Championships were due to be played in Singapore in October: the Espirito Santo Trophy for women at Tanah Merah Country Club from 14-17 October and the Eisenhower Trophy for men at Sentosa Golf Club from 21-24 October.

Yesterday, the International Golf Federation announced that Championships had been cancelled due to the global impact of the COVID-19 pandemic.

The IGF Executive Director, Antony Scanlon, said:
“This unprecedented decision was due to the global COVID-19 pandemic and the uncertainty that this has caused to ensuring that the 2020 WATC could be staged successfully. But most importantly, it was made to safeguard the health and safety of all athletes, officials and volunteers at the 2020 WATC, to which there was no certainty that this risk could be mitigated to an acceptable level.”

“I would also note that we gave thoughtful consideration to postponing the Championships to 2021. However, this would have created considerable scheduling and logistical issues that were insurmountable, plus we still could not say with absolute certainty that we could hold it without risk next year. Therefore, it is preferred that the IGF look forward to focusing on and delivering a wonderful 2022 event in France.”

Dating back to 1958, the World Amateur Team Championships host up to 72 countries who compete in a 72 hole of stroke play competition. Each country fields a team of two or three players with the two lowest scores counting per round. The event is biennial and rotates among three geographic zones of the world: Asia-Pacific, American and European-African.

Although, a Scottish women's team has never managed to win a World Amateur Team Championship title, a Scottish men's team has. In 2008, the Scottish three-man side of Wallace Booth, Calum Macaulay and Gavin Deer won the Eisenhower Trophy at Royal Adelaide in Australia by nine shots from a U. S. squad made up of Rickie Fowler, Billy Horschel and Jamie Lovemark.