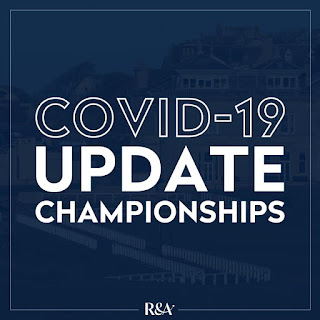 Yesterday, The R&A announced that it still intends to play the majority of its amateur championships this year. Although, it was careful to stress that:

"These plans are dependent on the situation with the COVID-19 pandemic and we will continue to follow the guidance from the UK Government, health authorities and our own medical consultants."

First on the updated schedule are The R&A Girls, Boys and Women’s Senior Amateur Championships, all of which remain in their original slots at the start of August.

With the exception of the Curtis Cup, which has already been postponed until 2021, all of this year's international matches have been cancelled. The R&A Junior Open has also been cancelled.

The revised schedule for The R&A Amateur Championships is as follows: